[one from the archive]

The power of three: I am (re)converted 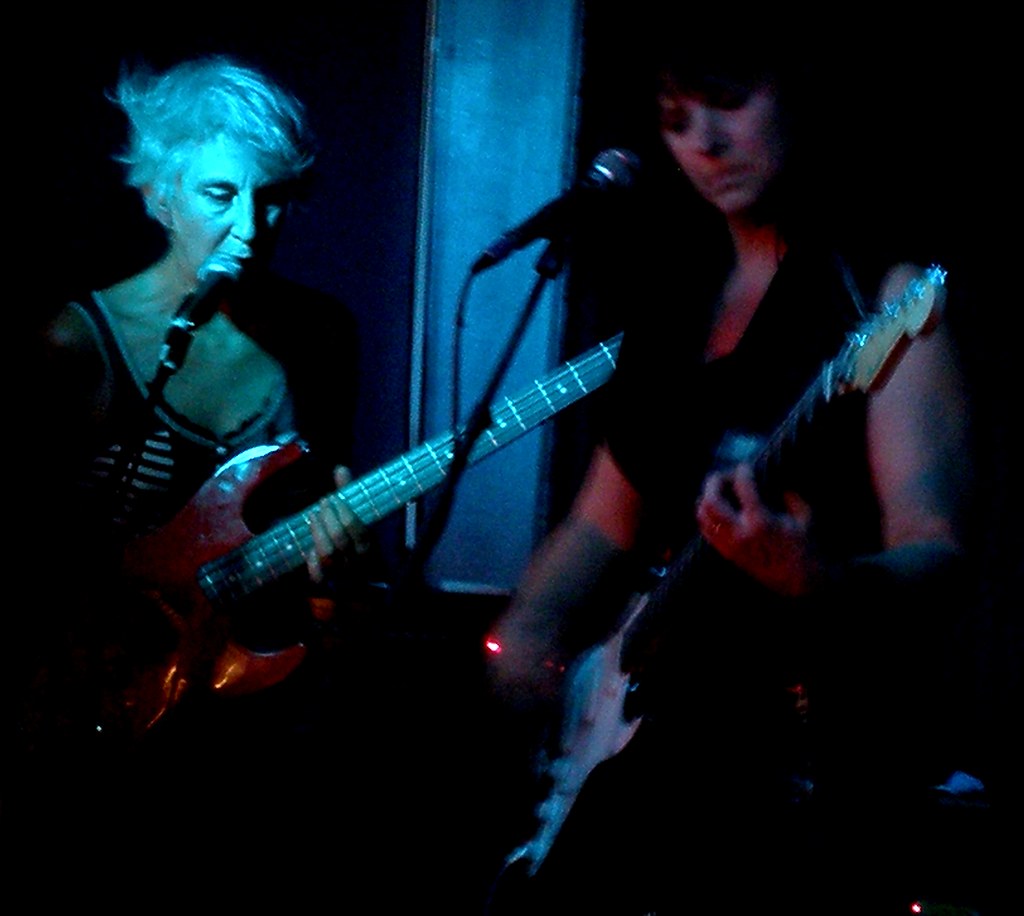 Ah, the three-piece, the trio…the holy trinity of guitar, bass and drums. Tonight promised three-pieces cubed, which explains my excitement.

Ut, for those old enough to remember, were three women who emerged from the late 70s/80s ‘no wave’ scene made famous by other New York anti-rock pioneers such as Sonic Youth and Teenage Jesus and the Jerks. Taking the Velvet Underground’s experimentation to noisy, splintered heights, no wave was unapologetically difficult and more abstract – as well as thrilling and visceral.

Ut (pronounced as in ‘guts’ or ‘utterance’) remain uncompromising 11 years after they first split up. Shambolic between songs – fiddling with amps, unhappy with levels – as soon as they played it seemed time had stood still. The first three songs – ‘Bedouin’, ‘Confidential’ and ‘Big Wing’ – set the tone for the night. Whilst all three sang, it was Jaqui Ham’s fearsome wail that was most impressive. Her voice, in particular, provided the direction that allowed the songs to magically build, despite their often loud but level thumping, two-chord thrash/drone. ‘Hotel’ from their Blast First debut ‘In Gut’s House’ proved different, if no less noisy – the band attacking their instruments with bows and bottlenecks. ‘Evangelist’, from the same record, proved the logical finale. I am (re)converted.*

Trash Kit were the surprise of the night. A wonderful off-kilter hybrid – imagine The Slits, Selecter and Huggy Bear all at once – the Kit have an infectious delight of their raw yet melodic togetherness. Led by a ‘punk of colour with weird hair’, the three women play short (very short – often seconds, not minutes) and sweet (a ‘song about the lesbian and gay section of Lewisham library’) songs. Definitely a band to see again.

The Sticks provided the gender balance – three men from Brighton who took it in turns to play bass, guitar and stand up drums. They have almost a nursery rhyme approach to their brand of surf/garage with simplicity the key. More together than when I last saw them supporting Mark E Smith (which is either the result of his influence that night – or evidence of improving ability), The Sticks have hit the sweet spot between skill and thrill.

*one small inconvenient truth – UT were joined for most of the set by a male drummer which technically means they were a four-piece, but as I wasn’t watching him perhaps he wasn’t really there…